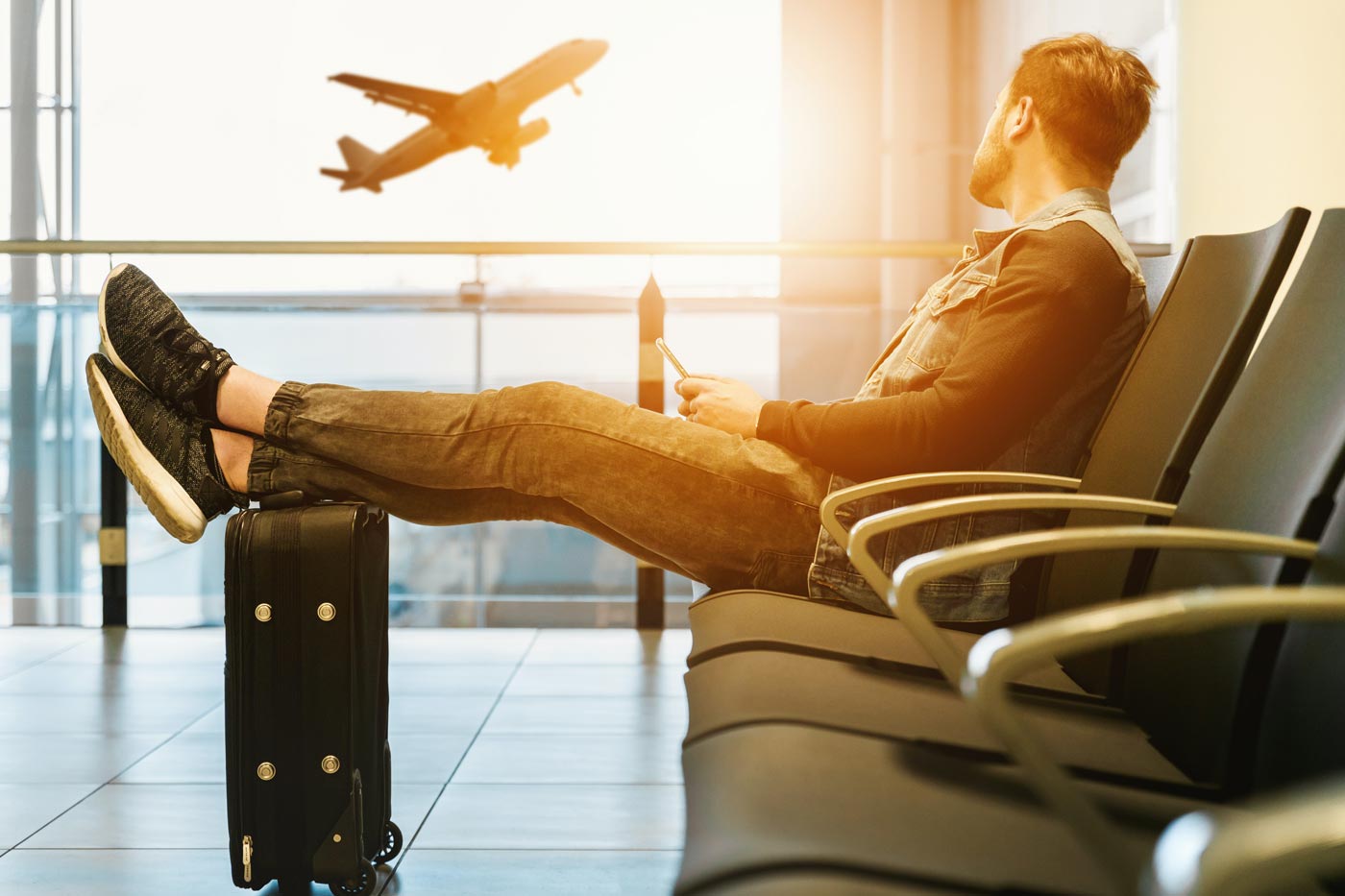 Learn About CannabisCannabis LegalizationCannabis Use

Can You Legally Travel with Cannabis?

What are the Laws? Can You Travel with Cannabis in the US?

If you are a smoker and a traveler, you may have been thinking about whether it is possible to travel with cannabis legally. States all over are legalizing cannabis, so there has been a lot of confusion about what is legally allowed.

The laws surrounding cannabis in the US vary state by state. As of the writing of this article, recreational cannabis is legal in 19 states, Washington DC, and Guam. So, you would think that traveling with your bud between California and Colorado, for example, would be kosher, right? Think again.

While recreational cannabis is legal in certain states, the federal regulations surrounding cannabis take precedent over state laws. What does that mean for your travel plans?  Although it is legal to possess cannabis in these 19 states, traveling by air or crossing state borders is a federal matter.

Airspace and state borders are considered federal territory. So, crossing from one state to another with cannabis is considered a federal crime.

Similarly, bringing cannabis onto an airplane is federally illegal, even if cannabis is legal in your destination.

To complicate matters even further, several airports have publicly stated that they will not prohibit an outbound passenger from boarding a plane with under an ounce of marijuana, including LAX and O’hare.

It can be confusing, so here is what you need to know before you travel with cannabis. TSA is not after your weed.

According to the TSA guidelines on marijuana, “TSA security officers do not search for marijuana or other illegal drugs, but if any illegal substance is discovered during security screening, TSA will refer the matter to a law enforcement officer.”

If TSA finds any controlled substances, then up to the discretion of the officer on how to proceed. Maybe you get waived on through, perhaps you are asked to throw it away, and maybe something worse happens. We wouldn’t want to roll the dice on that one.

Can You Travel with Medical Marijuana?

For Medical Marijuana, there are some freedoms allowed by TSA. When flying with cannabis, the guidelines state that you must keep your cannabis in a sealed and labeled container and pack it in checked luggage. You must also present your medical marijuana card and ID at the checkpoint if requested.

Medical users may have greater freedom if they decide to travel with cannabis. However, there is still an issue: TSA cannot verify the legitimacy of your medical marijuana card and may have to defer you to the local police. It is then up to the police to decide your fate.

While medical users are typically treated with more leniency, it is still a toss-up as to whether or not you will be allowed to board the plane with cannabis.

What to do if you have cannabis in the airport Without federal legalization, the best option is to just leave the bud behind. Many airports, including Chicago O’Hare, now offer “Amnesty Boxes” which are meant specifically for the disposal of cannabis products before boarding an airplane. These are strategically placed right before the security checkpoints.

If you have enough time, returning to your car if you have left it at the airport and leaving your stash in the glovebox is the most solid option. If not, keep in mind is that there are no cameras in the bathrooms and toilets flush.  …just sayin.

Should you travel with cannabis?

While it is hard to say bye to the bud, the best option is to just leave it at home. You can always pick up at your destination’s local dispensary. Hey, if you go between California and Oregon, you can still shop at your favorite Vibe store!

Although there are airports that will not keep you from boarding a plane with cannabis, until cannabis becomes legal at the federal level it is ultimately up to you to decide whether or not it is worth the risk.